For months I have been on this site telling folks that Obamacare would be little more than a grand disaster.

The GOP's efforts to stop the ACA were a waste of time. Just let it proceed.

Obamacare is unaffordable, unsustainable, and the government can't even find a workable way to enroll anyone. The administration has issued waivers to it's corporate pals and to Congress- ignoring any part of the law it finds inconvenient.

Willfully breaking the law is something a citizen cannot do- yet this administration breaks it's own laws with impunity.

Here then is a lawsuit- based in whole- on this administrations willingness to ignore the law. You will love it. http://cfif.org/v/index.php/commentary/56-health-care/2006-a-stunning-new-court-defeat-for-obamacare

Another funny piece from the Ron Paul site. Hannity gets an Obamacare telephone worker fired after he calls and she states nobody likes the ACA. http://www.dailypaul.com/303608/sean-hannity-offers-fired-obamacare-operator-26000-after-his-call-got-her-canned
Posted by Brian at 9:35 AM 3 comments:

Dressing Up This Halloween? 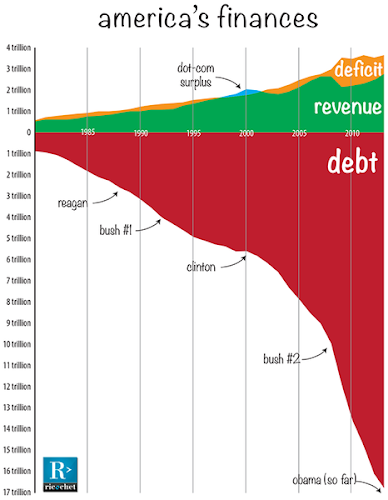 So in other words, the economy experienced just as many recessions with the ‘expert’ management of the Federal Reserve as without it.
And this doesn’t even begin to capture all the absurd panics (the S&L scare), bailouts (Long-Term Capital Management), and ridiculous asset bubbles that they’ve created.
Hardly an impressive enough track record to justify conjuring trillions of dollars out of thin air, and awarding nearly totalitarian control of the money supply and economy to a tiny banking elite… wouldn’t you say?
Posted by Brian at 11:54 AM 2 comments:

I've been on the annual hunting trip to North Dakota. There have been some casualties in the pheasant world.

Today, I clipped this comment from a Huffington Post article. I clipped it because I think the writer was trying to be honest and genuine about Obamacare but it reveals far more about the thought process of Americans.

“My daughter signed up and starting 1/1/14 she will have a $2000 deductible 80% plan for under $200 a month. She had problems initially, i think she said it took 3 times. She is a new mom who wanted to finish college, had a baby during the start of her 3rd year. She lives with an aunt and the house hold amount made her ineligible for Medicaid. This is perfect. It may take some time to get signed up, but in the end at least in her case, very well worth it.”

I read this comment a couple of times. We have a young woman, not enrolled currently in college, who apparently decided to have a baby first. There is no mention of a father. Her income thresholds are so low that she can afford a gold plan for two people and pay less than 200 bucks for it.

The liberals love to tell the rest of us that our medical needs should not be borne by society- yet they have no problem at all burdening the rest of us with their poor planning and decision making.

Is there something wrong with going to college first and then after securing a decent income stream- having a baby?

We have a nation filled with people like this.

What makes this comment so prescient is that the writer seems completely oblivious to the possibility that all of these poor decisions are solely their responsibility. Not only that- but they seem to think they are entitled to healthcare at a vastly reduced cost- as long as you pay.

You'll like this video. It is a Mark Dice vid asking people to endorse Karl Marx for President. Very funny.

For People Who Can't Be Bothered With Politics