I am only able to write and speak freely on this blog because people gave up their lives so that we could have a taste of freedom.

So this Memorial Day, I would like to say thank you to the men who died so that I can live the American dream. I can write what I want in this place. I can choose the career that I want and live the kind of life that is simply not possible- in so many other places. I can love my country and hate my government. That's legal and patriotic. But most importantly, I can recognize the truth. I don't have to make the truth conform to my beliefs any longer- I make my beliefs conform to the truth.

Please note that I said "any longer." This would be an excellent spot to offer up a definition of the term "cognitive dissonance."

Cognitive dissonance occurs when individuals are confronted by facts which are in conflict with their existing belief systems. This causes people to become quite uncomfortable. They have a choice to make when confronted with an inconvenient fact. (a) They can rationalize away the fact using any number of rationales and escape methods or (b) they can accept the fact as truth and readjust their beliefs.

Cognitive dissonance gets worse for people when a whole body of inconvenient truths and facts are presented or when the truth gets so overwhelming that they can no longer deny the possibility that they might have been wrong all along.

It has been my experience that people choose (a) almost exclusively. People will alter the truth to conform to their beliefs. People rarely let the truth alter their beliefs. This is the heart and soul of cognitive dissonance.

Let me offer up a wonderful example of this. As briefly as 7 years ago, I once believed that we lived in a democracy. In fact, I cannot remember any instructor anywhere including high school or college, that steadfastly maintained that the U.S. was founded as a republic and not as a democracy. This failure to distinguish the difference between a democracy and a republic includes a vast amount of otherwise educated human beings. I actually find it quite hard to fathom that so many people know so little about our republic. Yet, I numbered among the offenders not so long ago.

The difference between a republic and a democracy is enormous. A republic practices a rule of law where the minority are protected from the whims and oppression of the majority. In a democracy- it's mob rule. We practice some democratic principles for sure- but the founders were well aware of the oppression of the majority. Without law, democracy is simply mob rule. The rule of law is not important when the mob can make some rational case for ignoring it. The mob won out in 1942, when Japanese Americans were denied the rule of law and placed in relocation camps. Had someone, anyone, had the courage to mention that Japanese Americans enjoy the same rights as the rest of us and that we live in a republic, perhaps the mob could have been held at bay. But it wasn't. (I have had a healthy argument or two with people who still adamantly defend that decision)

So people chose (a) back then. The mob's best thinking thought Japanese Americans might be loyal to Japan. That fear, which amounts to nothing but an errant opinion or belief, strikes at the very heart and soul of cognitive dissonance. So you see, with no evidence, proof, or facts to back up their case- the mob won. They were not about to let the facts change their errant belief systems. They changed the facts- rationalized them- to suit their beliefs and they damaged a whole lot of people in the process.

How profound and widespread is cognitive dissonance?

Cognitive dissonance applies to virtually everything in your life- not just politics- but every opinion and belief that you hold. Whether that's God, abortion rights, health care, or politics. We all hold beliefs and opinions. But that's all they are. That is all they ever were. A bunch of opinions that we march around like they are matters of fact and in the worst case- we adamantly defend our positions, diminish others, and sometimes kill other people who disagree. All of this ego insanity came to a head for me in 2007. And like some tsunami of awareness, it buried me. The waters have been receding ever since and revealing just how asinine all of that is. 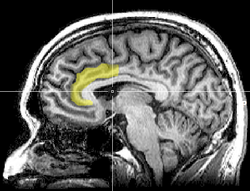 There is evidence suggesting that the more theanterior cingulate cortex signals conflict, the more dissonance a person experiences and the more their attitudes may change.

The first step in arresting the harmful effects of cognitive dissonance is realizing that you have it.

There are millions upon millions of people who adamantly believe fraudulent opinions and who will refuse to bend- even when confronted with overwhelming evidence to the contrary. This is a dominant feature of politics. This is also a dominant feature of the human condition. Some of the most intelligent people I know- cannot grasp the simple truth that they might be wrong. The tsunami has not come for them. Perhaps it never will.

Does the sun always rise in the east? Not exactly- but I'm not sure it matters. It sure as hell ain't worth arguing about.

I have always been in awe that the oligarchy and Congress conspire to achieve tremendous tax advantages for corporate America.

Then Congress' acts shocked when people begin to say, "Hey! Corporations like GE aren't paying any income taxes at all."

Like it was some oversight or mystery. Well, except that Congress is responsible for all tax laws. The latest dog and pony show can be found here. http://www.zerohedge.com/news/2013-05-20/apple-meets-fairness-doctrine-set-pay-whole-lot-more-tax

Btw, this is why we will never have tax reform. Because our owners don't want tax reform.

I don't even think the general population cares. When I try to discuss these issues with anyone Im labeled too negative or worse. As long as sports or Dancing with the stars is on T.V. and hot pizza is delivered on time, Americans could not care less. I know that thru your efforts you try to enlighten people, unfortunately most Americans do not want to be enlightened. on Obama Officially Becomes Worst President Ever

So, I'd like to blow off a little steam. I don't know who I detest more... flaming liberals or right wing conservatives. They are both nuts. Who does that leave? It leaves independents, which as it turns out, really decide every election. I like small party candidates because at least they have a platform beyond abortion. The obvious problem is that all of those small fractured parties are useless. Non contenders. The stranglehold that the Republicans and Democrats have on our country is precisely why we continue to be mired in the mess that we are in.

So many things need to be changed and this country can't even agree on one of them. Think about that. We have had 50 years of failed leadership. We have a Congress who only care about getting re-elected and lining their own coffers. We can't get tax reform, we can't get campaign reform, we can't get lobbying reform, we can't even get Congress to stop insider trading. A week or two ago, those bastards secretly slid a bill through both houses that essentially takes all of the teeth out of an earlier bill they passed to prevent insider trading. We have scandal after scandal, a privately run Federal Reserve Bank that controls world banking and really does manipulate every market from libor to precious metals. As a nation we are completely bankrupt. We are no better off than Japan. We simply compartmentalize our various liabilities and refuse to properly account for them.

When are we going to change any of this? The obvious stuff. The stuff we can agree on- like tax reform?

Your government- of the people, by the people, for the people, is complete nonsense. I don't know when that government quit existing or if it ever did exist- but I can honestly say that this type of government has not existed in my lifetime. It is a fantasy.

The "people" control nothing. If you want to believe that bullshit go ahead. But the proof is incontrovertible, undisputed. The government is in control. It sure as hell ain't us. To believe otherwise is to believe in fairy tales and the easter bunny.

Millions of people know this intuitively and if they don't actually say it- they certainly practice it through their indifference. My ex wife has never voted. Not in 55 years. I am beginning to think that she is a genius plus++ she has never been called for jury duty. Things to like about not voting.

As it stands we have become a fractured country. Our people are fighting amongst themselves, adamantly believing that their cause is right and that your cause is not. And it is getting worse. There is no single rallying point- nothing we can all agree on. Just echo chambers here and there- with like minded individuals joining in. Apparently this idea of unifying our countrymen is mission impossible and I gotta tell you- trying to get people to rally creates collateral damage. The oddly offended people, people who take everything personally and launch their personal attacks, are everywhere. And if they hate the messenger I will promise you this- they will already pre-judge everything you have to say.

They will launch their attacks and so...

...the cynics think they are winning. But I will let you in on a little secret. Smart asses never win anything. In fact, smart assery is simply a way of saying- "I have lost and I have nothing useful to bring forth, but at the very least, I am going to take a personal shot at you on the way out." Any potential resolution fades away when people start personally attacking each other and that unfortunately- is the extent of our national dialogue. It is also why I often wish I had never started writing. I had no idea that having a fact based opinion (or at least an opinion based on the failure of the past 50 years) would offend others so badly.

I accept all of that and thus I am busy trying to re-invent myself and this blog without becoming a full blown cynic myself. I'd much rather entertain people and write something humorous rather than end up becoming one of the millions of anonymous cynics who inhabit the web. I've traveled that road before and I have to admit the current scenery is starting to look familiar. I've been on the losing side, one day I'd like to be on the winning side- and that's not the side filled with smart asses and cynics.