The Age of Envy- The Sunday Collage

It was kind of a strange week around here.

We had one of the worst GDP reports of the last decade and our Federal Reserve's stock market hardly took notice. Our markets are so distorted and zombified that they don't even pretend to respond to economic stimuli anymore. Only money printing.

Gold mining stocks, after years of getting their asses kicked, are starting to rise. A gal I hardly know and that was some years ago, called me this week wanting to know where I would park a large sum of money. I told her my money was parked in a gold stock with options (Pretium Resources, PVG) and gold and silver bullion. Pretium has about 7.5 million ounces of gold and about five times that in silver. It is a huge, proven deposit with excellent management and instead of trading at 15-20 bucks where it should be, it trades at 8 bucks. It's almost a certainty that one of the giant miners with dwindling reserves is going to come after Pretium and I think that will happen soon.

I once had a guy tell me when speculating on real estate- figure out where everyone wants to live and then make sure you get there first. I apply that logic to all of my investments.

My "little" brother turned 40 this week and satisfied a bucket list item by playing in a World Series of Poker event. He is getting married in a couple of weeks and this is bringing about an interesting family reunion. Some old family animosities will be present as well as relatives I have never met. I am looking forward to this.

Each week during my travels, I try to remember those things that attract my attention- things worthy of writing about. Several days ago, Hillary Clinton's pronouncement that the Clintons left the White House dead broke- was probably the most ridiculous statement I heard all week.(With the possible exception of that IRS official who claimed the IRS lost Lois Lerner's emails.) Not only have the Clintons' made 100's of millions in dubious fashion, but Bill and Hillary were able to scrape up a million dollar down payment to buy a NY residence so that Hillary could carpet bag the Senate.They were also able to buy a couple other properties- one in the Hamptons- and provide daughter Chelsea with a 5 million dollar wedding. Chelsea's New York apartment cost 11 million. Who knows how that was financed. Maybe Chelsea is ringing up the register trading cattle futures like her mother.

What motivates Hillary Clinton to speak about her financial woes does not interest me in any significant way. Yet,  I find her fascinating. What does interest me is a phenomenon I have been witnessing for the last 20 years. To call it a blend of entitlement and greed is too simplistic.

Now stop and think about this. You are one of the luckiest and richest human beings on the planet. You have won life's lottery. You have had the best education.You have lived in the Governor's mansion, the White House, and you have dined with royalty- literally flown all over the world. Your husband has made 115 million in speaking engagements since 2001- not to mention all of the other income sources- like charging taxpayers rent to house Secret Service agents on your property or the cushy jobs you and your daughter have had like carpet bagging the senator gig in New York. The two taxpayer funded retirements with health benefits that you both enjoy probably seems like small potatoes. You have immediate access to any event in the world. You have your very own entourage of tax payer funded security and multiple homes including one with a pool in the Hamptons.

Hillary Clinton is stricken with the same disease that afflicts many people in this country. Complete and utter unconsciousness coupled with extreme self centered-ness, an enormous sense of entitlement, an absolute lack of gratitude for receiving the best gifts available to anyone on the planet and the callousness of a human being that could let people die in Benghazi without lifting a finger or even uttering an apology. Hillary Clinton is a sociopath and a monster. She is a terrible human being. But that's not what I want to focus on here.

The incessant wanting of our culture has almost bred gratitude out of our societal DNA. We think we are entitled to whatever we desire and when we want something- we think we should have it now. We throw pity parties and tantrums when we don't get what we want. We become spiritually sick.

This incessant wanting causes resentments as we perceive others to be the proximate cause when we don't get what we want. We never find fault with ourselves.

Years ago, we had a young police officer eligible for a promotion. He was clearly the best choice in terms of job performance. However he was so immature at that time that I simply could not see him in a leadership position nor can you really explain that to someone like him without having a confrontation. I think the timing was just bad. So when he discovered he was not being promoted he threw an angry fit and tossed a few chairs around thus validating my immature opinion of him. That was the first time I witnessed a sense of entitlement in full bloom.

In America right now, there is this sense that the enemy is anybody who has achieved something that we covet. We envy others. We envy their education and money, their homes and second homes, (Romney has 5) their motorcycles and cars, their jobs, and their trophy wives with nice boob jobs. This sickness manifests itself in many ways but I think the pentultimate example of it is someone like Hillary Clinton. Completely self absorbed and unconsciousness. Unaware of how the world sees her. I can't find a lot of pity or sympathy for Hillary Clinton- there are so many people, kids dying of cancer- that are never going to get the lottery ticket that Hillary picked up. She woke up on third base and probably thinks she hit the triple.

The solution for all of that madness of course- is a sense of gratitude for all of the things I already possess. Reasonably good health, a good education, a decent retirement income. My family are all reasonably healthy and alive. I have my little bungalow, the Elantra, Elvis the Roadking, my part time job, and freedom to do just about anything I want when I want it. Hell, I retired at 46. Who can do that? Right now, I've got the dream trip.

So I'm pretty grateful. I don't covet bigger houses or any of that bullshit that seems to drive most of our culture. I understand how lucky I have been to have been born to my parents in this country. I didn't select those circumstances and I am well aware of the billions of people who unlike me- did not win the birth lottery or land in countries as great as the U.S. once was.

I got lucky. There is a real sense of humility in realizing that you and your big ego really had nothing to do with the environmental circumstances that lead up to your successes. There are a lot of people who could use that lesson. 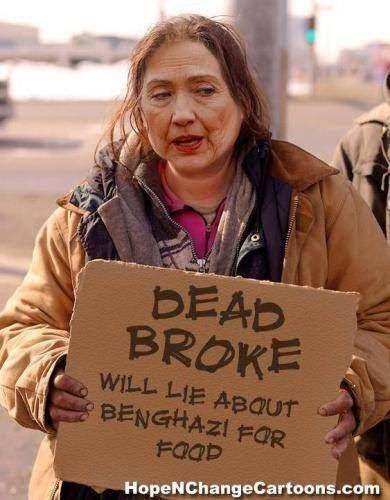