Why I Decided To Quit Reading Media Shit- The Sunday Collage 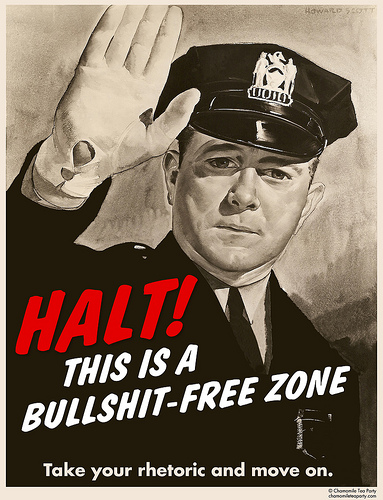 I spend 20-30 hours on line each week, reading and writing. There are so many good thinkers and good writers out here and I try to find them. I don't like wasting time reading garbage churned out by 25 year old writers who really don't have a clue about what the rest of us may know.

I just can't read cheesy, generic writing from people who cannot think on their own. That includes any headline with some inflammatory twist or anything that smells like propaganda. Propaganda can be anything (an opinion) designed to make you think one way. Propaganda is a tool that our media owners use to divide us. Propaganda is never objective. Much of it is written by obedient employees. It is then filtered by a media editor who accepts or rejects it based on what his supervisors want. His supervisors want advertising dollars and they do not want controversial topics or truths. Big media is not interested in objective reporting nor do any of those ass wipes perform any "watchdog" function. That was quite obvious to me when President From Nowhere entered the race in 2007. The kind of investigative reporting- the kind that sought out the truth no matter where it led- clearly died with Nixon in the 70's.

If you want objective reporting and writing- you are going to have to find it on your own.

About a year ago, I was going through my media and blog feeds. Some of the feeds that I was receiving were absolute trash. I have a limited amount of time to read. There are two things I look for. Objectivity is the main thing. Propaganda by it's very definition is never objective. Propaganda tries to get you to "buy in." The other sorting out approach I use involves advertising. I quit reading a couple of blogs because they accept money from the enemy. I don't care what your rationale may be. If you are trying to be objective and write about the absolute death grip Wall Street bankers have on Congress let's say- and you subsequently accept advertising dollars from banks- I will not read your schtick. I don't care how well you write or how intelligent you think you are. I will offer two excellent examples.

CNN is a huge media conglomerate and probably my least favorite "news" outlet. They produce more propaganda which they cleverly disguise as "business" news than any other news outlet. I absolutely detest CNN business news stories. They are never objective- they are always pro Wall St. and the Fed (our national money supply manipulators) and you will never ever see anything remotely defined as investigative reporting because they simply don't engage in it. Their writers and editors are obedient workers. Their owners sit on Wall St boards.

I don't watch Fox for the same reason. It's just an anger generator. A different kind of propaganda with a different agenda. They have found their own unique niche. My father watches a daily diet of that garbage and I see what it does to him.

An example of a blog I quit reading is "naked capitalism." I actually quit reading it for three reasons. Chief among those reasons is that naked capitalism accepts advertising money from banks. This is a site that spends 90% of it's time writing about the evils of banks and Wall St. If I am fully aware of the fraud and evil that big banks and Wall St. have engaged in- and I pretend to be something not of that sort- then how do I justify taking their money? When I see that level of hypocrisy I question whether you write simply at the behest of ego. It certainly damages your credibility. One night I made the mistake of reading naked capitalism's rules for usage on the site. I have never read anything more arrogant, pompous, or superior than that. I have not returned to the site. Tonight I checked up on them and sure enough- they still have a Capital One advertising banner on the blog.

All week this week, on the computer and on television, I was bombarded with blurbs about Lamar Odom and his drug overdose in a whore house in Pahrump, Nv. I do not care about Lamar Odom and his drug use in a whorehouse. That goes on every day in every little nasty whorehouse in Nevada. My former in laws live in that crappy little town and I used to spend a week every year in Pahrump.

Lamar Odom's story is nothing but clickbait. That's the shit the media is counting on you to read. It's a different kind of propaganda.They know people read it because they count clicks and their masters make money. But every time somebody clicks on that crap- you perpetuate that same kind of garbage cycle and ensure that they will feed us some more. It's a sad commentary that people just love to read bad news about someone else. Or about idiots like the Kardashians.

So I've gotten kind of picky about how I spend my time on line each week. I might search Matt Taibbi's name if I want to know the latest banker games. I might go to Doug Ross's site and sort out which headlines interest me. I read some trading sites and gather investing ideas. But what I have decidedly quit doing is supporting propaganda generating sites and pretentious sites that engage in hypocrisy. I don't find them interesting or useful.

I am glad Lamar Odom survived this week. We can all breath a sigh of relief. It's over.