"Deal With It" and Other Liberal Euphemisms

As the United States devolves into our new brand of mob rule democracy which ignores liberty and the rule of law, I have never seen our country more divided. Commenters everywhere seem to  practice contempt prior to investigation. Facts are ignored because the statists won or because they are inconvenient. We have four more years to serve on this sentence and as we do, I have noticed that the liberal hordes all seem to speak the same language. The language of smart assery littered with euphemisms.

Of course, that type of speech is never meant to be constructive. It's just the vitriol of a classless group of people who cannot have an intelligent discussion about any thing that disagrees with their atheistic view of the world. They are completely disrespectful of anybody's view of the world unless they hold the identical view.

I have given up any hope of trying to spark some rational thought or an intelligent discussion with these people.

Don't get me wrong. I don't care for the elite right- or the conservative oligarch either. But conservatives at least have some respect and decency. They don't run around spewing vitriol every time you point out some inconvenient truth like perhaps killing the unborn- should take a higher priority than recycling grocery bags.

For those of you who need a refresher, I nabbed this definition of "euphemism." A euphemism is a generally innocuous word or expression used in place of one that may be found offensive or suggest something unpleasant.[1] Some euphemisms are intended to amuse, while others use bland, inoffensive, and often misleading terms for things the user wishes to dissimulate or downplay. Euphemisms are used for dissimulation, to refer to taboo topics (such as disability, sex, excretion, and death) in a polite way, and to mask profanity. The opposite of euphemism roughly equates to dysphemism.

Euphemisms are part of the passive aggressive speech pattern that liberals employ. At first it comes off like high brow snobbery and indeed, it has some of that flavor. It is steeped in ego. Liberals employ euphemisms mainly because they are cowardly and they enjoy ridiculing their "perceived" enemies. I think maybe it gives them some feeling of superiority.

I used to try and reason with these assholes. But like rabid dogs, you can't talk sense with liberals. You have to beat them with clubs. They don't understand that mob rule democracy will destroy our nation. They actually think they are "winning" and that they have the answer. That level of unconsciousness is fascinating. By the time these sleepwalkers wake- we will have lost every liberty that we have ever gained. Our laws will have laws and Obamcare will look like Cliff's Notes. We might as well apologize to King George, pay our back taxes, and go home. What the hell were we thinking?

And there they'll be...the great progressives...saying cagey things like "we won" and "deal with it."

You are entitled to your beliefs and your opinions. You should be able to express them without ridicule.     This used to be a free country well....until the collectivists got hold of it.

In the end of course, the liberals will reap what they sow. And being the cowards that they are- they will blame anyone other than themselves when harvest time arrives. Soon we shall all be slaves of the state.

I can hardly wait. "Deal with it" I will tell them.

Save the SS United States!

I couldn't help noticing these two stories today about an old ship called the "SS United States." One here: http://www.thereporteronline.com/article/20130325/LIFE01/130329728/historic-ocean-liner-uss-united-states-in-philadelphia-short-on-funds-time

We have this once great ship, rusting away in an eastern harbor. I couldn't help but notice the similarities between that ship and our country. What should we do?

When automakers and banks are going belly up- we bail them out. Why would we stop there?

In keeping with established themes- here is what I think we should do.

First we need a government takeover. Then we should drag this heap over to the Pacific Rim where we can refurbish it with taxpayer subsidized workers earning a dollar an hour. After we burn through a billion or two- we can then return the ship to America. We will sell government subsidized cruises on it complete with working toilets. We can create 1000 or so jobs- and we can even have a small army of TSA workers patting down passengers before they board.

Of course the ship will never turn a profit but that isn't the point. We can feel good about ourselves. Isn't that the real point?

I think we should re-christian the ship, the "USS Obama." Like everything the government does, whether it's Social Security, the Dept. of Energy or Obamacare- we will never be able to get rid of this ship. It makes perfect sense to me.

The Monday Morning Re Cap

I had a couple of ideas this week for the Sunday Collage.

I have been glued to this Cyprus bankruptcy deal. Stealing peoples' money always fascinates me. Late last night, the bankers decided to steal 40% of all deposits in excess of 100,000 euros. The banking troika then extended Cyprus another 10 billion. Germany's leader hailed the bailout as a great thing.

Stealing money from the rich is all the rage right now.  And so... the grand banking fraud continues.

I watched the market go up and metals sell off this morning. That activity has since reversed. The dutch prime minister is now calling Cyprus the blueprint for how the rest of the eurozone should conduct  business.

So let this be a warning rich bastards. Don't make money. It's evil and they'll just take it from you anyway.

A great analogy was drawn this morning about Cyprus and the United States. A floor trader stated that our government and the Fed have been taxing and stealing money from US "savers" by reducing interest rates to zero for the last four years. The trader saw no difference between Cyprus stealing customer savings accounts and what the US has done. Same thing he contends.

On that theme- the government is still trying to tax internet sales. They are also questioning Lichtenstein  bankers and trying to find US tax dodgers there. You almost get this feeling of desperation as you read the news. Like maybe our government is broke.

JP Morgan, the government's bank, is still in the news for all of the crooked shit they pull.

The state of Texas has announced this morning that they are considering building a gold repository. That kind of forward thinking is enviable. Texas even talks about seceding from the U.S. from time to time. If it did, I would move there in a heartbeat.

Gonzaga got taken to the woodshed and was the first number one seed to get ousted from the NCAA basketball tournament. Nobody was less shocked than me. Every time the catholics get in, they make a quick exit. I have a good friend, a huge Gonzaga supporter, who has suddenly gone missing. He is not even answering texts.

Lasalle whipped Boise St to get in the tourney and they are kicking some ass. I really thought Boise St. was a better team and had a tougher schedule but LaSalle is proving that they are very good. I think they might even get in the elite eight but I can't see them in the final four.

So my apologies. I have plumbing to fix and I think I am going to play golf and ride my motorcycle this week as temperatures rise to 70. Gold and silver have almost totally recovered from their losses as I write. 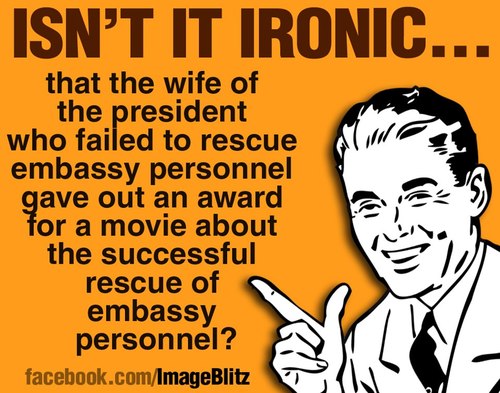