GDP and the Greater Fool Theory

The numbers once again proved that nutters like me- are wrong, didn't they? Our economy is excellent and the stock market is fairly priced near 16,000. The Twitter IPO with virtually no earnings is worth 35 bucks a share, right?

Enter the Greater Fool Theory. There must always be a greater fool than you who will buy Twitter at 45- so that you can profit at 35. That fool in turn must need someone willing to pay 55.

GDP numbers have always been cooked and inflated with the use of inventory. Most of us know that and when today's 2.84 print came out I was a little shocked. At first I was puzzled, because everything I am seeing and reading does not support that kind of number. Then it hit me. The latest government manipulation- thanks to this commenter.

The BEA's GDP tables tell us that the gross change in GDP from 2Q -> 3Q was $196.6 billion.  But the Fed's QE program injected $255 billion, so in fact the economyshrank during the 3rd quarter.

And then I remembered the government's latest charade announced last summer that most of us forgot about.

They re-configured GDP "intangibles" all the way back to 1929. That way they could manipulate and boost GDP figures with such things as film royalties, research and development, and garage sales. They literally positioned themselves to manipulate the data with items that do exist but that nobody has a firm way of counting and never has- thus the term "intangibles."

When you change the measuring rules- such as the input numbers- you are nearing the end. It is the last gasp of a power structure that is willing to try any trick imaginable to retain power. In this case, manipulating this nation's last bastion of wealth- retirement assets and ultimately destroying them- at the same time picking our pockets with a newer, giant, healthcare bill that they are willing to punish you for if you do not buy it.

All of that greased with fraudulent inflation, employment, and GDP figures. Of course it's a sham but then again- what else would you expect from our government masters?

All of this is going to come together in 2014. Get ready. The stock market's blow off top is here and not one responsible person has received an Obamacare bill or sent in an Obamacare check yet.

All of this as the middle classes' income shrinks monthly. This is gonna be good.

We are near the end. I will give this faux economy one more year subject to change if the government pulls anymore of it's tricks.
Posted by Brian at 7:13 AM 4 comments:

The Spiritual Experience- The Sunday Collage

Imagine for just a moment, the possibility that the human experience is just a random event. That there is no purpose, no real reason for any of us to be here.

That we simply crawled out of some primordial ooze and wound up here- doing this. We live our lives without any real purpose and when we leave- there is no such thing as St. Peter handing us an exit interview to complete. No review, no pop quizzes, no heaven or hell. You simply live one life and when it's over- it's over.

Can you imagine the futility of that? Who envisions that sort of ending or who hopes to live some unmeasured life? Answer- nobody.

So the artists make art, the bridge builders make bridges, the plumbers make plumbing, the law makers make law, the philosophers create philosophy, and the writers write. And each of us wants to produce a quality product because we think these things are measured. We hope they are.

And if somebody asked me, and rest assured that they never have or will,
"Brian, what was your greatest triumph? What did you do that needs measuring?"

I discovered that each one of us is having a spiritual experience. That little babies die and so do old men. Some folks get incredibly sick, some people become incredibly wealthy, some people die at Wounded Knee in six inches of snow, some innocent folks die in labor camps and in prisons.

That life isn't fair and I don't think it was ever meant to be.

If life were fair, there would be nothing to measure. We would all live the same crappy, mundane, ordered lives. We'd all be living some identical, fair and impartial existence. Who wants that?

I would tell people to quit taking everything so personally. That everyone is here adhering to some crazy script in their heads and that never, ever has anything to do with you.

Quit ignoring the base. Quit thinking that the only people who know anything must have some state issued credentials or money. Quit believing your corporate and government masters. They never have your best interests at heart.

The single greatest moment in my life occurred when I realized I had been living the life of an unconscious idiot. It was humiliating to see the mistakes and the wrong that I had done- yet incredibly freeing to know that I never would have to be that way again. And you can't just apologize for all of that stupid shit and even if you could- why would you?

Acceptance is the key to every problem that we have.

Quit feeling guilty for enjoying life. For not doing 9 million tasks every week of your life. Don't live in fear of the judgers.

The world is driven by ego (a false sense of self wherein the individual believes his own bullshit) and self centered-ness. These two things account for virtually all of the human drama and misery on the planet.

If you had a bad parent lottery draw and got screwed up- it's your job to fix it. Nobody is going to give you reparations or a clean emotional bill of health. Identify and accept your shortcomings and fix them.

Mistakes are good. Virtually everything worth learning came to me because of a mistake I made. Let people in your life make mistakes, let them learn. Don't crucify them for trying and failing.

You cannot have an undiscovered false sense of self (ego) and be hugely self centered- and also claim to be spiritual. They are mutually exclusive concepts.

Let the world be. If Bill Gates and Steve Jobs hadn't invented personal computers and the software that they run on- would we still have computers and software? Of course we would. Those inventions would have taken place irrespective of Gates or Jobs. Everything has a season.

Sometimes things must run their course. Be aware of that moment when there is nothing left to say or do. Know that water doesn't cease being water when it leaves the river to become a sea. 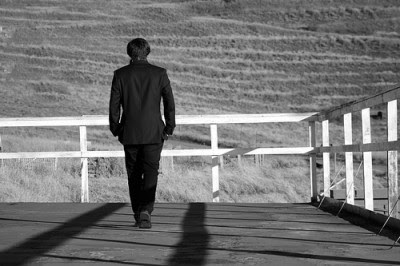