From Federal Judge Susan Bolton to the Ninth Circuit Court of Appeals, D.O.A.

I think Arizona's immigration law was long over due.

Unfortunately, the people of the United States no longer have a voice. The people have been marginalized to the extent that we are little sheep who only have one duty. We serve government and the elite and for that privilege, they ask us to send in our money. Taxes. That's the definition of being a good citizen. Shut your mouth and send in your money.

We have become slaves. Sure we have a vote, but our vote doesn't matter any more.

I am fucking pissed. I am sick of government telling a majority of it's citizens that you no longer have the right to decide what is best for you. Only government does.

Thus Judge Susan Bolton, a liberal Federal Judge appointed by Bill Clinton, blocked Arizona's law. That Billary Clinton and Barack Obama have many mutual friends and are friends themselves is not a coincidence. All three are morally bankrupt.

Trade any cattle futures lately, Hillary? Whitewater, Rezko, and a Bank in Illinois. Oh yea, I pay attention. Obama and the Clinton's have a lot of mutual friends.

So now, Arizona's law goes from Judge Bolton to the Ninth Circuit. A Federal Judge upholding Federal intentions. How novel. Bolton was probably afraid of Obama canning her like he did that Inspector General dude. You remember that guy? The one who caught Obama's friend, Mayor Johnson, stealing grant dollars?

That the ninth circuit is the most liberal court in the land is not news. I fully expect them to dilute Arizona's law even further. And if they don't, the Supremes laden with the likes of Sotomayor will shit can it. Not because it's the will of the people, which it is, but because people like Sotomayor can't get past their own selfish interests. They don't care what the will of the people is. We simply don't matter anymore. They legislate from the bench with opinions.

Arizona's immigration law is DOA. Contempt prior to investigation. All that remains is the formal burial. That will come soon enough. Not just for Arizona's statute, but for the ideals of a nation that still believe that this is a government for the people, by the people. It' not and it hasn't been for a long time. They will prove this once again.
Posted by Brian at 9:12 AM No comments:

The Plunge Protection Team. A secret society of elite bankers/investors who come in and buy stocks to keep the stock market propped up.

I'd like to believe this urban myth. But I can't. For two reasons, both of which make sense.

There is simply no place to put your money- anywhere and make anything close to a decent return. Thus the stock market has become the default investment vehicle. The businesses and people still working are doing quite well in a zero interest rate business and lending environment and they gotta park their dough somewhere. It's not that the stock market is such a great and choice vehicle for saving- it's just that everything and everywhere else sucks so bad, the market just sucks a little less.

The other reason. Good old fashioned greed. People do not waste money buying stocks with their own money if they think they are going to be essentially worthless.

Now the good news. We have to believe in the stock market fairy tale and the PPT whether we want to or not.

People may in fact spend someone else's money. Isn't that what fund managers, including hedge fund managers do? What about the Fed? Whose money do they spend?

Oh that's right. We can't audit them. Never mind. So in fact, the Fed could spend money on the market without anyone knowing, keep the market propped up, while they work out an exit strategy of their own.

In Holland 500 years ago, they had a tulip bulb craze that drove the price of tulips through the stratosphere. That is, until someone figured out that tulips were actually non essential and you really don't need them to live.

Stock certificates only have value because the buyer believes he will be able to sell them to someone else for more money. That's true until everyone figures out that stock certificates are just worthless paper. Non essential. Unfortunately, we have an entire nations retirement plans absolutely hinged to the stock market through 401k plans. Including mine.

Here's a toast to Santa Claus. May you actually exist in the form of the PPT. At least another 30 years or so.
Posted by Brian at 9:51 AM No comments: 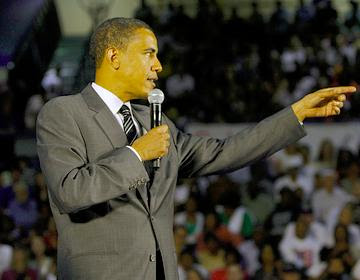 Administration officials also pointed to "that new 55 percent alcohol-by-volume beer that comes inside an actual taxidermied squirrel koozie" as something "all concerned Americans should discuss with their neighbors and families."
Posted by Brian at 9:28 AM No comments:

We Can't Afford a Recovery

The U.S. has 109 trillion in unfunded liabilities.

The 13.2 trillion grows by about 500 billion per year at the cheap interest rates we are paying. Half of that 13.2 trillion is refinanced every year.

So what happens in a recovery?

Demand for goods and services increases as people have more money to spend. The Fed hikes interest rates to slow growth and inflation. And although more people are working and paying taxes- the interest rate hikes on that 13.2 trillion will more than offset any increase in tax receipts.

So there you have it. We have screwed the pooch.

Our only escape is to declare bankruptcy and eliminate the Federal Reserve. At the blog entitled the "Economic Collapse" they describe this in detail. The reason we have to have this economic collapse is evident. There is no stopping it. The greed of international bankers, as well as that of our domestic bankers, is without peer. That and a voracious government which simply can't stop eating itself. Headed by a buffoon that plays golf each week and runs around firing people that try to point out that he and his administration are buffoons.

Printing our own currency and issuing it interest free is do- able. In fact it already exists. It is called gold. So the bottom line is this. Any recovery will hasten the collapse. I think this administration knows that. Obama is caught in a lose lose situation. Did he inherit this mess? Yes of course. Has he done anything to stem the losses? No, in fact he has added to them. It would take great personal courage to dismantle the Fed and eliminate bankers and a banking system- which contribute mightily to these idiots in Washington.

Make no mistake about this. Lincoln may have inherited a civil war state but he had the courage to act on it. Obama inherited a mess every bit as bad as the civil war. Economic collapse. That he has done nothing and added to it- shows us what kind of leader he is. With any luck, Obama will exit and perhaps someone with a spine will realize we have to act NOW to have any kind of a chance.

Let's pray we don't have a recovery. This shit is going to get really bad if we do.
Posted by Brian at 9:11 AM No comments: