Have always thought it odd that Obama was raised a Muslim yet went to Jeremiah Wright's Church of Christ. Jeremiah says Obama only attended for the purposes of political expediency and acceptance.

Of course, that makes sense. Don't we all attend church to make it appear like we are God fearing Christians? So not surprised to see the Food Stamp President turn down an offer from the Cardinal. http://www.thegatewaypundit.com/2012/08/obama-denies-catholic-cardinals-request-to-say-prayer-at-dnc/
Posted by Brian at 10:52 AM 1 comment:

For the record, I detest both the Democratic and Republican parties. I vote Libertarian. This fall I will be casting my vote for the only proven non professional liar or tax cheat. I will be voting for Gary Johnson. A guy with an actual track record of success. With a platform that doesn't change.

People still believing in this dysfunctional two party system and thus voting for one of the two big party candidates- continue to support our national dysfunction. Voters do that when they mistakenly believe that they MUST vote for one of these two parties or their vote doesn't count. That type of pretzel logic leaves us mired in this eternal, political tar pit. We can never escape this two party hell until a majority of people wake up. It's like Sonny and Cher singing day after day in the movie... Groundhog Day. The song, "I Got You Babe" seems appropriately titled for the millions of voters who buy into this two party nonsense. Over and over and over.

I don't like Romney. He's an elite tax dodger who behaves like a liberal. If you feel like you have to vote for somebody like Romney because they suck less than the alternative- you should read this. http://gawker.com/5936394/the-bain-files-inside-mitt-romneys-tax+dodging-cayman-schemes

Personally, if these were my only two choices- I wouldn't vote for anybody. Bankers have installed both of your choices. The banking elite are in control of the election outcome- long before the hoi polloi cast their ballots. Think about that.

*Imagine my shock when the lefties posted this article a few hours after I did. Yahoo. http://news.yahoo.com/blogs/ticket/gawker-publishes-financial-records-romney-investments-172505431.html

Vote well or not at all.

Local Politicians Every Bit As Reprehensible As The Rest Of Them

Most of the time, I focus on the reprehensible actions of our President, Congress, and their lap dog Supreme Court. Today I am going to post a nice little "screw you" from the Blaine County Commissioners to their electorate- representing my old hometown of "Moonbat Valley." Articles like this infuriate me. More on that in a minute. First, a little local background.

In 1994, after citizens voted for term limits 4 times in Idaho and the Idaho Supreme Court upheld the law's legality- the Idaho State legislature  refused to enact the law. It was the most outrageous and arrogant act I have ever seen any legislative body engage in. A good analogy might be workers at a factory who while refusing to perform the work that they were hired to do and while engaging in that level of insubordination, manage to keep  their jobs while still collecting a paycheck. http://www.nytimes.com/2002/02/02/us/idaho-legislature-repeals-term-limit-law-undoing-voter-approved-measure.html

When the politicians thumb their noses at the electorate, it's time to fire the politicians. In Idaho, the politicians who voted to repeal term limits- mostly- were re-elected. Now you'd think that was a real "head scratcher" but it's really not. What happens is that in a couple of years- the voters forget what happened, who was responsible, and at some future date they march to the polls and vote for the incumbents. This absolute insanity or stupidity, whatever you'd label it, is not lost on the politicians.

They know they can get away with shit like that because voters are stupid and they will forget.

Which brings me back to the local politicians in Moonbat Valley. The three member board of the county commissioners are all financially well off individuals. One is a trust fund/business owner, one is a retired network executive, and the other has plenty of money from somewhere. The point is- is that these three commissioners are very well off and don't really need more money. I think the term "greedy" can be applied accurately here.

Not only that- but the amount of work that these commissioners actually do is relatively small and certainly does not qualify as full time work. They also have a county manager making six figures that they can appoint to do most of their work. At any rate, this governing body of part time workers decided that they needed a 10% raise this year over the objections of a citizen's committee. So they went ahead and did it.

A departing commissioner claimed the raise wasn't a good idea. This is a man who has given himself raises before. His no vote this time around means that he can come off like a responsible good guy to the public while the other two commissioners can get their raise. A simple 2-1 vote is a win-win for all three of them. Politicians are good at counting votes.

These commissioners should be recalled. But they won't be. They know that. Like their bigger state and national cousins, small town politicians are certainly no better. Here's the article. http://www.mtexpress.com/index2.php?ID=2005143511

How's That Hope and Change Workin' Out For You?

Man, I get tired of fighting the thieves. It's like a full time occupation anymore.

I have basic satellite service. It costs me 34.99 a month. Last month, out of nowhere, Direct TV jacked my bill up to 140.00. It was so ridiculous that I didn't pay the bill except for my usual 34.99. Then Direct TV had the nerve to bill me for a late fee.

Of course all of this attempted thievery coupled with late fees by Direct TV ultimately made it necessary for me to call them and waste 1/2 hour of my life threatening to cancel the service. At the end of the day, my costs were restored.

Late last week, it was the water bill. They love to gouge us during the summer. Bad. Standard watering in Boise, 45 min every other night, will easily cost you 100 bucks a month during the summer. So, I said screw it this year. I water for 2 hrs every seven days. That's it. Late last week I got my bill. Sixty six bucks which includes, get this, a 20 dollar "customer charge."

So they have the usual tiered system of water usage where they gouge the shit out of you for delivering something they don't own nor did they put the infrastructure for that delivery in place to begin with. That was bought and paid for long ago by developers and home owners. That's the theory anyway.

What exactly is a customer charge? Nobody knows. It's just some thing that every homeowner in Boise is forced to pay. I called United Water twice, the City of Boise, and the Idaho Public Utilities Commission. In the old days, when you were given a monopoly, you were highly regulated. Which meant- you could not dream up some ridiculous charge and gouge consumers who have no choice but to pay whatever rates you charge.

As of this writing- I am still waiting to hear from the public utilities commission on what exactly a "customer charge" is. More importantly- why the customer charge is not on a sliding scale. Apparently a family of six burning through 100k gallons a month pays the same as me.

What a good deal that is.

I cancelled my Y membership today. The YMCA  practices some of the purest communism on the planet. Old white guys like me with a steady income pay full price. The underemployed and unemployed, get in for little or nothing. Normally I don't mind subsidizing the poor. I do it with taxes and there's not a damn thing I can do it about it except curse liberals.

So not only do I pay full price but because there are so  many unemployed people and kids, I can't even access the equipment. It's like a zoo. Friday, I gave up. Today I cancelled my membership and I found a place for 30 bucks less a month. When I went in to cancel the Y membership, the gal at the desk told me that they would not refund my money that I paid on the 15th, five days ago...but I was free to come and use the gym through Sept. 15.

I can't use the gym. That's why I quit it. I can't argue with kids. I wrote a letter instead.

In the new world of business, businesses like the Y create an environment where they can't provide the service you signed up for- and then when you are forced to look somewhere else- rather than do the right thing and refund your money- they keep it.

They know that most if not all people will pay rather than fight ridiculous charges. We have a whole health care system predicated on that very business model. I'm not sure at what point American consumers grab their pitchforks. I honestly believe that I could dress up in a business suit, go door to door in Boise, and demand a 25.00 dollar per person sidewalk tax and people would pay it.

Free Speech in America? Not in This Oklahoma School

So a valedictorian in Oklahoma used the word "hell" in her commencement address... The school's response to this egregious misconduct?

Screw her, we will withhold her diploma. Maybe I'm just getting old and angry.

My only wish,  is that I could be a graduating student at this school. I would walk into the school administrator's office and say, "How about handing over that diploma or... you and I dance, asshole?"

When I was a kid, that's how disputes were settled. Somehow and sometimes, I miss the effectiveness and the quickness with which conflicts were resolved.

Nowadays, they say that's not civilized or that violence doesn't solve anything. Bet me.

I have grown weary of a government that censures free speech for absolutely no other reason than to flex muscle. I have grown weary of a system that talks due process but never practices it. And I am sick of government officials behaving like this. That's why I started this blog, I guess. http://news.yahoo.com/blogs/lookout/valedictorian-denied-diploma-speech-hell-134805221.html

In America, We Can Still Dream 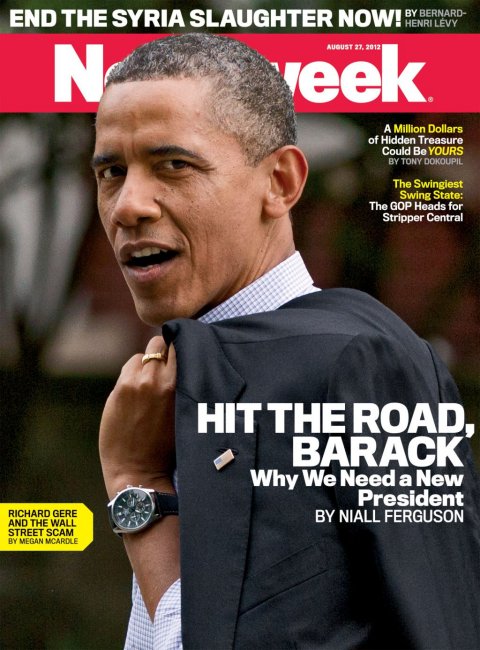