Is There Any Limit To The Amount Of Crooked Shit That Obama Does...A Limit Where Even The Media And Tax Payers Say Enough Is Enough?

Gawd I hope so. *Updated link below.

A few days ago I wrote a blog about a solar panel company called Solyndra. Solyndra received about 535 million dollars in stimulus money which I  STILL believe is illegal despite a government who now thinks they can use taxpayer money for any fucking reason they deem appropriate. http://stimuluswatch.org/2.0/recipients/view/48897/solyndra-inc

Solyndra took out bankruptcy. The owner of Solyndra is a huge supporter of Obama, George Kaiser. This guy is worth 10 billion. Ah the greedy and elite. http://en.wikipedia.org/wiki/George_Kaiser Kaiser's claims on Solyndra (via his Argonaut shell) means- he gets paid first. If anything was left over- the taxpayers would get some remainder. That's the theory.

Let me tell you what this is. You take money entrusted to you by taxpayers and use it to provide "stimulus" to prop up a bankrupt PRIVATE company owned by a billionaire campaign bundler friend of yours. You allow your billionaire friend to recover his money first. That way he will continue to write out those campaign contribution checks and get all of his cronies to do the same. So in effect, aren't you just kind of laundering taxpayer money through a bankrupt company and campaign contributor and getting clean money out? At best, the government has no business giving away our money to businesses failing or not. The whole idea of sending tax dollars -willy nilly- to anyone- allows government to pick the winners, determine the losers, and make sure their buddies get paid off. http://www.blogger.com/post-edit.g?blogID=3247350212550914879&postID=8350373922788758339

Who in their right mind would allow this? Why do we allow this? Stimulus. It's like a giant fraudulent slush fund with nobody policing how it gets distributed. By the way, were any of these stimulus recipients required to pay back taxpayers? Muhahahaha...

I'd love to see what Solyndra spent that 535.5 million on. Can we see the books?

Are we ever going to get some sort of handle on this insane shit- this idea that government can just give away our money to anyone they choose without any fucking accountability, EVER? Why do we continue to pay taxes?

WHEN ARE WE GOING TO TAKE A STAND, PEOPLE??

Obama should be impeached for some of the shit he has pulled. I am not even gonna mention the Gunwalker scandal. Other items and lies at the link:
http://directorblue.blogspot.com/2011/09/bruce-krasting-blows-obamas-solyndra.html

Vote up!
7
Vote down!
0
In case you're interested Bruce...MIT's Jonathan Gruber and the ObamaCare fraud;
"Gruber began negotiating a sole-source contract with the Department of Health and Human Services in February of 2009, for which he was ultimately paid $392,600. The contract called for Gruber to use his statistical model for evaluating alternatives "derived from the President's health reform proposal." It was not a research grant, but rather a consulting contract to advise the White House Office of Health Reform, headed by Obama's health care czar Nancy-Ann DeParle, to "develop proposals" for health care reform."
http://www.huffingtonpost.com/jane-hamsher/how-the-white-house-used_b_421549.html
Maybe they can be stopped before they cart off the WH furniture...but it ain't lookin promising.
There is a level of palpable hatred among the populace that has built up over the last ten years or so for all things academic/scientific/scholarly/elitist...this is one of the reasons why.
They have all become nothing but common thieves. 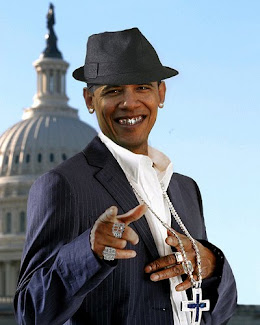 Ha, the FBI is in there to make sure YOU NEVER SEE THE BOOKS.

On another note: this data screams today:

Washington D. C. = Washington Department of Chicago. Mayor Daily lives. Great post. I want to use for this Guest Saturday. I may have to edit one word if you don't mind.

Watching Nobama: "As I said 10 times before: you should piss it right away."

Edit away Jim, it's fine. You've been posting some good stuff- I've been keeping an eye on ya.